Can We Successfully Combine Drama and Humor in a Mystery?

The simple answer? Yes. I write two mystery series, and they’re both lighter with a little humor. There’s a great big “however” here. However, murder isn’t funny, by any stretch of the imagination. Therefore, the books contain some drama, too. I’ll never make light of a killing.

Back to humor, you can find some in the characters solving the mystery, and in some of the situations in which they find themselves. There’s so much drama in today’s world that I believe we need something to lighten our moods sometimes. Hopefully, that’s a need I’m addressing.

In my Sandi Webster series, she’s a female P.I., has a menopausal mother, employs a klutzy guy, and has a partner who always wants to watch her back — although he usually ends up in the wrong place at the wrong time. She frequently finds herself dealing with quirky or eccentric people. These traits often equal humor, and they’re traits I’ve found in people in my own life over the years.

I’ve worked in law enforcement (in a clerical capacity), part-time in a shoe store and a lingerie store, and for a state transportation department, among other jobs. Like Chris, I could sit down with you for hours and hours and tell funny stories. Of course, some are only humorous after the fact – like the time I had to search a Ladies Room for a bomb, with no training. There was, after all, a time when you wouldn’t expect to find a bomb in a john. Then there was the time a woman was turned down for a clerical job in law enforcement because she didn’t have the qualifications. Death threats followed, even though I’d only given her the typing test. Ah, those were the days.

My Bogey Man series features Chris Cross, who’s a dead ringer for Humphrey Bogart, and who manages to walk the walk and talk the talk. Bogart is his muse, his hero and his idea of how a man should act. That is, the Bogey he saw in the movies. He’s very good at rolling his lip under like Mr. Bogart did. Chris is married and has a step-son, and they sometimes remind me just a little of a modern Thin Man family.

Humor keeps most of the characters going. We need a good laugh in our own lives once in a while, and so do fictional characters.

In both series the characters and their lives grow and change over time. So do we. Time seems to pass slowly in a series. Occasionally that would be preferable in real life, although there are other times when we wish we could speed things along.

One new book in each series was released in March of 2014.

Death Comes in Threes is the latest Sandi Webster mystery. She has to face a longtime foe, although things seem to happen on his terms rather than hers. He wants to kill her, and of course, she’s saying, “Nope. Not gonna happen.”

Awkward Moments features the Bogey Man. Someone sent me a joke that said, “Awkward Moments: When you’re digging a hole to bury a body, and you find another body already buried there.” This short joke inspired a whole book. Imagine trying to bury the small body of a bird and finding bones from someone who was buried there many years ago. You just never know what you’ll find. Right?

So now you know a tiny bit about me and my books. If you need a little entertainment, I hope you’ll look for it with either Sandi or Chris.

Thank you for inviting me in as a guest today, Chris. I’ve really enjoyed speaking out a little. 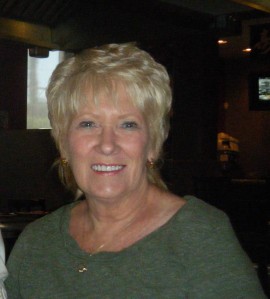 **NOTE FROM ME (CHRIS). THANKS for coming on my blog and sharing your wonderful work. I wish you tremendous success and I’m here for you if you ever need anything.

Working hard to remain calm and get back outdoors. I hope everyone is safe and getting by 🙏🏼
My happy place. Whatcha know about that fashion??? #rainerhat #thanksgivingshirt #fishlureshorts
@woodfordreserve and @dotspretzels make a solid snack 🤷🏼‍♂️🤷🏼‍♂️🤷🏼‍♂️🥃 #whisky #pretzels #snacktime
@duke_k9 meeting @danhendo in LV and his poppa rocking one of my hats. Love seeing the support and my products in the wild. #bluelivesmatter #thinblueline #ihaveursix #police #support #alwaysinthefight
@laetitiawine Excellent pour and experience. #wine #drink #family